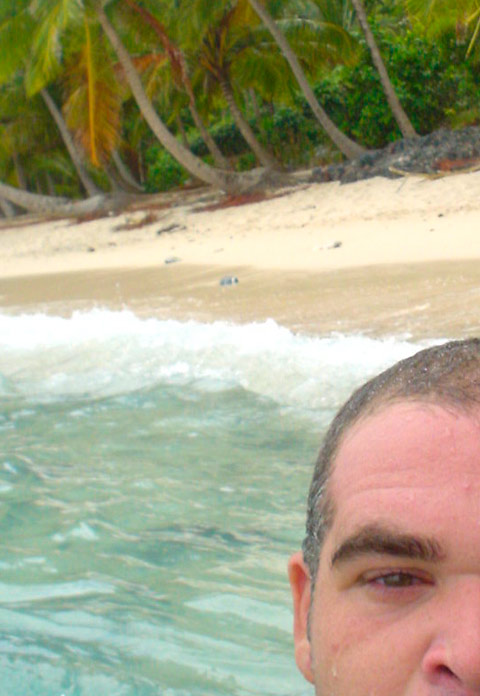 Digital Coco Studio is directed by isaacb. Multidisciplinary and always involved within the arts world Isaac was born in Madrid in 1971 and has worked from Tokyo to New York or from Germany to Australia. Isaac has been trained with -some of the best- professionals within the arts field in the world for the professional entertainment industry.

Beginning his career in the outskirts of Madrid, started playing records at the early age of 16. Then studied Sound Production and Music Business in Madrid, London and New York -granted by Fulbright International Commission-, his first interns in London while studying were for the Royal Opera House in Covent Garden and Autograph Sound Recording, both as an assistant,  Isaac has mixed musical and contemporary dance shows as Les Miserables produced by Cameron Mackintosh and Placido Domingo in Madrid at age of 21, assisted # 1 Broadway’s Sound Designer Tony Meola during the musical Steel Pier in 1997 at the 3G Studios in the city of New York.

Also mixed the world premiere of Les Liaisons Dangereuses for the British choreographer Adam Cooper in Tokyo and in London at the Saddlers Wells Theater, for choreographer Michael Clark in London at the Barbican Center and in NY at the Lincoln Center in June 2008 for the piece “I do”. Both shows were Sound Designed by Andy Pink. Isaac also co-produced and co-directed changoclub for Madrid’s nightlife producing exclusive events with Rossy de Palma, or presenting spanish designer David Delfin’s first collection, inviting international producers as Joe Claussell, Kerry Chandler or Derrick May. Among his brother Nacho Larache created Dialsoul Radio for the renown cultural institution “Circulo de Bellas Artes” in Madrid with a team of 40 music professionals including, collectionist, producers, selectors and music lovers of a great variety of musical genres, creating the number one underground radio station in Madrid delivering 56 hours per week of non stop-non commercial musical content for more than 5 years having the pleasure of interviewing artist as Femi Kuti, Bebo Valdes or Louie Vega from Masters at Work, reaching an approximate audience of 100.000 people during the weekend broadcasts.

Isaac as a mixing engineer has mixed or sound designed worldwide at first class venues as Bunkamura’s Orchard Hall or Aoyama Theater in Tokyo, Dominion Theater or Lyric Theater in London. Touring, doing Technical Production Management on Tour, or designing International Logistics for Artists and Staff.

After more than 20 years dedicated to the entertainment industry Isaac created the company Digital Coco Studio. At present based in the Costa del Sol & Madrid. What Digital Coco Studio offers is quality content and the “know how” of -tailored marketing actions- to achieve selected audience targets to penetrate the niche of your choice using cultural,  musical  or selected art content, always assuring the best available quality. We create, develop, produce and execute from scratch.

Always working with a selected team of freelancer professionals that goes from local DJ’s or international Artists, Digital Coco Studio is a -company without an office- actually working and collaborating with the finest team of Designers, Guerrilla Marketing Professionals, Programmers, Photographers, Choreographers, Sound and Lighting Designers, and a long etcetera of the ingredients you may need to attract your audience or generate the demand while developing your concept.

During 2019 Isaac has worked for some renown business in Spain,  as Jameos Music Festival Opening for Joe Claussell as a DJ and Talent Booker, for the NOBU hotel in Marbella part of the Puente Romano Resort for the exclusive NYE party celebration as a DJ or Musical Concept Development for Aarde (Grupo Paraguas), African inspired restaurant located downtown Madrid, delivering a fine selection of Afro Latin blended tunes and beats from Nigeria to Angola or the black Caribbean Haití, Puerto Rico, Jamaica and of course the so rich Afrocuban Heritage & Afro Latin Diaspora, reflecting today’s most innovative electronic music & producers from NYC & Chicago.

Most recently Isaac has been working for Flamenco Festival for the 2022 New York city edition, in charge of the Technical Production Management with the City Center of New York. As well as Company Manager and Technical Production for company Tempo de Luz, performing at the National Theater of Rabat hosted by the Instituto Cervantes in Rabat and Tanger.

We love what we do, and we do it with passion.